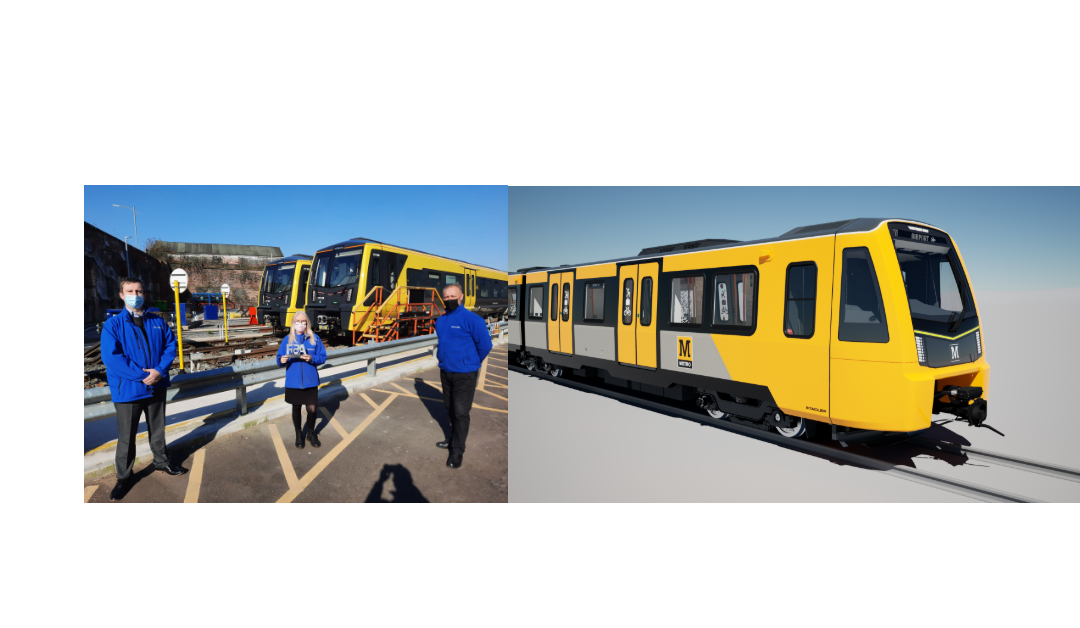 In this year’s Rail Business of the Year Awards, Stadler has been named Rail Business of the Year, a discretionary accolade awarded by the judges involved. They said that Stadler had made “A great performance
across the board, and [was] a worthy winner”. Because of the pandemic, the awards were held remotely. Judges also stated: “….Stadler Rail has made a particularly strong showing since entering the UK market a
few years ago. It has supplied the inter-city and regional trains that have helped to transform operations at our train operator of the year, Greater Anglia. These include the bi-mode units with their retractable steps for level boarding which won this year’s award for accessibility and integrated transport excellence.

“Stadler Rail had previously supplied trams for Croydon, and it has since won a string of significant contracts to supply and maintain new rolling stock for urban rail operations in different parts of the UK. It is currently
delivering the first Class 777 EMUs that will transform the Merseyrail network around Liverpool, which also feature level boarding, and has taken over the maintenance of the current fleet.

“The company is also commissioning the first new trains for a total modernisation of the Glasgow Subway, and most recently it took over the maintenance of the rolling stock for the Tyne & Wear Metro, where it will also be supplying a complete new fleet over the next few years. And it will be supplying a diverse fleet of bi- and trimode hybrid trainsets to Transport for Wales to operate the South Wales Metro network.”

In January 2021, Rail Operations Group and Stadler signed a framework agreement for the supply of Class 93 tri-mode locomotives. Direct Rail Services operate Stadler Class 68 and 88 locomotives, which are already well-established work-horses on the UK rail network. The Swiss rail-builder also provides tailored maintenance solutions to optimise the cost efficiency and availability of clients’ fleets. It has five ‘live’ UK orders, provides full Service in three areas of the country, with a further three locations in the future. The UK workforce comprises several hundred people.

Rob Baxter, managing director for Stadler Rail Service UK, commented: “We have made a concerted effort over the last few years to gain ground in the UK and Ireland. These markets have exciting and vibrant rail
industries, and Stadler is keen to do business in them.

“The recognition by the judges of our hard work and efforts is very pleasing and we are honoured to continue delivering safe, high quality and technologically-advanced rolling stock to the UK and Ireland.”
Also in the Rail Business Awards, Greater Anglia was named Operator of the Year. As well as that, it won the Accessibility and Integrated Transport Excellence Award for accessibility improvements provided by the low floor and retractable step and other on-board features of its new Stadler-built regional, intercity and Stansted Express trains.