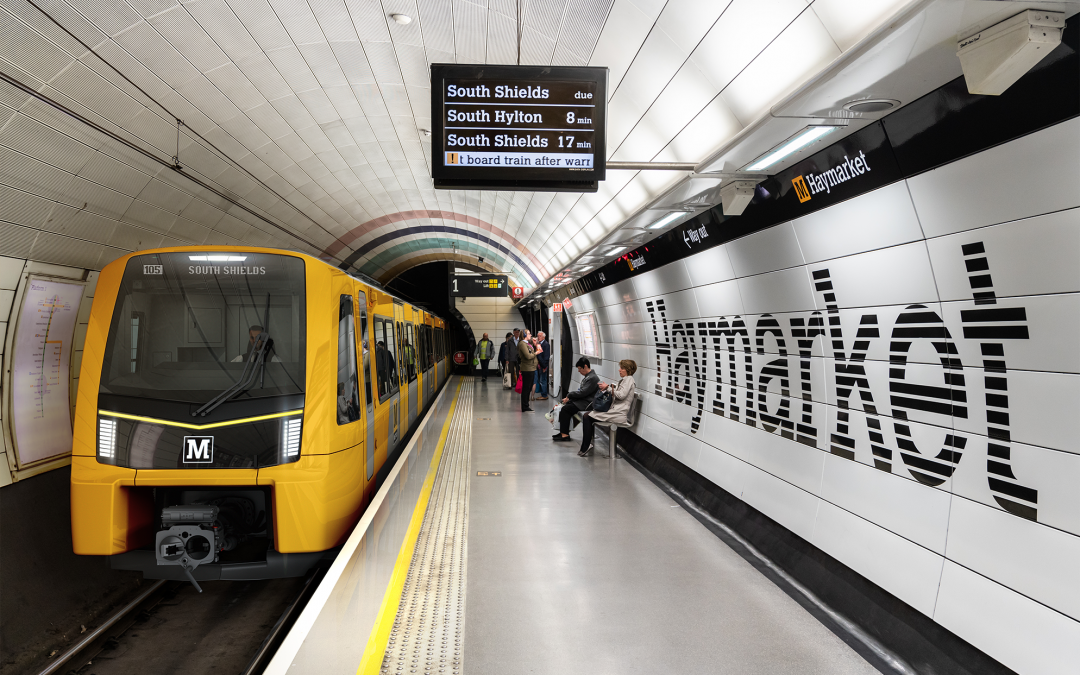 Stadler is making localism a key tenet of the project to build, supply and maintain new trains for the Tyne and Wear Metro. This follows the appointment of a series of local firms, based in the north east,
including Thompsons of Prudhoe, who will undertake the demolition work as part of the re-build of Gosforth depot in Newcastle.

With preparation to re-build Gosforth depot now under way, Thompsons of Prudhoe will soon start work to demolish parts of the existing depot, which dates back 100 years. Several other regional companies have been taken on for this project, including Consultive Solutions, Ryder Architecture, CSM Architects and Advance365. All of these companies will work on or have already been involved with the re-build of Gosforth depot, which will accommodate the fleet of new trains being manufactured by Stadler for the Tyne and Wear Metro. Stadler has pledged to support the regional economy and include as many north east or UK-based companies in the new trains project as possible. It is committed to using local suppliers for materials and services for the depot re-build, the manufacturing of the new trains and the 35-year service and maintenance contract.
Rob Baxter, managing director for Stadler Rail Service UK, commented: “Stadler has a 35-year contract to service and maintain the new fleet for the Tyne and Wear Metro, and in the interim we have taken over
maintaining the legacy fleet. We will do everything we can to ensure that regional businesses and institutions capitalise on this exciting, long-term project, which over the next couple of years, will see us supply state-ofthe-art trains for the region. The appointment of Thompsons of Prudhoe and other regional firms is testament to our commitment to localism.”

Thompsons of Prudhoe, based 11 miles west of Newcastle, is a family-owned business, which has traded for more than 70 years. Active in the local community and keen to promote sustainability, it aims to re-use or
recycle 97 per cent of the material it removes, either on the same site or on other north east projects. Thompsons will carry out work in four stages, with the first starting this spring. The second will be later in 2021
and the final two in 2022.

Nick Shilling, managing director of Thompsons of Prudhoe, added: “Thompsons of Prudhoe is delighted to be involved in the delivery of this north east project. We look forward to providing removal and demolition services in 2021 and 2022. The new depot and state-of-the-art trains will be a real benefit to the region, and it is pleasure to be part of it.”

Metro Development Director, Neil Blagburn, concluded: “The programme to deliver our new train fleet and Metro depot is also delivering a much-needed boost to local businesses in North East England in difficult times. It’s a hugely exciting moment as we see more local firms joining the supply chain on this huge programme that is going to transform the Tyne and Wear Metro.

“When Stadler won the contract to design, build and maintain our new fleet they gave a commitment to put in place new supply chains here in the region. We are now seeing this become a reality.
“My congratulations to all of the local firms who have secured work as part of the Fleet Replacement Programme and we look forward to working with them.”