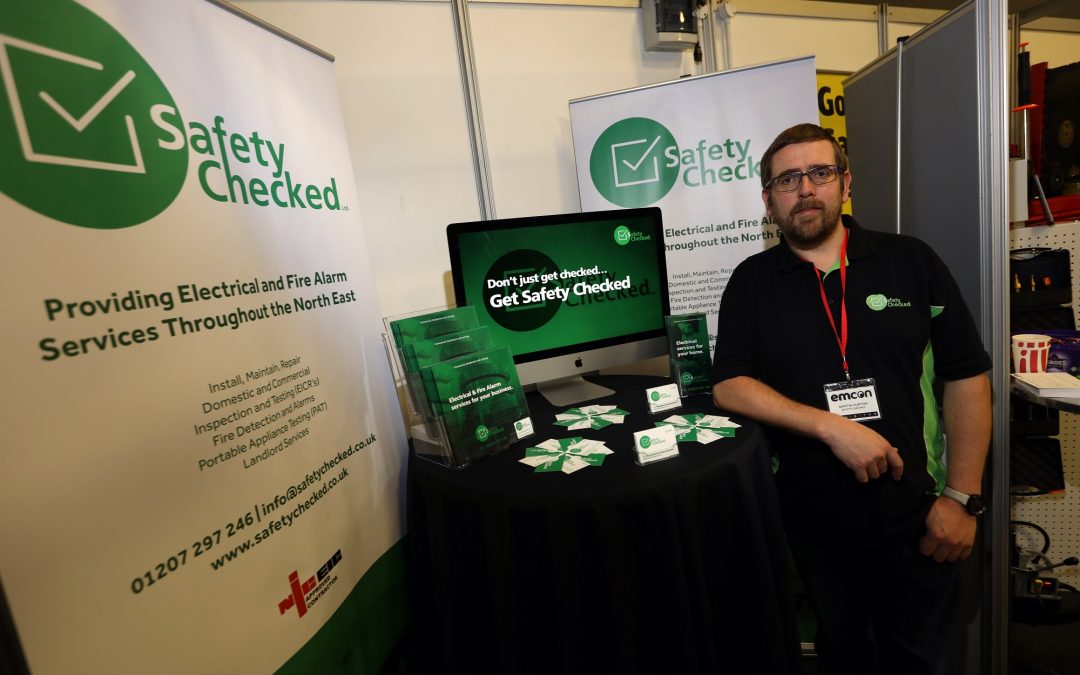 Dozens of businesses have pledged to return to EMCON 2020 as they pursue leads to new business made at last week’s expo.

Social media has been buzzing with positivity since the event with hundreds of comments on the show and how successful it had been.

Over 100 businesses from across the region and beyond attended the 12th EMCON, held last week at the Xcel Centre in Newton Aycliffe.

Now those businesses, alongside the hundreds of people who attended the event as visitors, are following up with connections made on the day, with many reporting that they expect to quote for work and a confidence that the leads made will bring new business.

David Heron is from National Fire Register, which participated in the Incubator Zone. He said: “Lee and I had some great conversations with many potential clients, and we are definitely keen to return next year.”

Other initial comments made include Airlane Pneumatics and Omega Plastics who were both delighted with the event, Airlane Pneumatics reporting that the team met and arranged a meeting with a potential client which could lead to initial and longer-term work, while Omega Plastics had a “really good day and made lots of leads”. These and others have already expressed a desire to return next year.

Martin Hurton from Safety Checked, another Incubator Zone exhibitor, said: “I have had so much interest I am planning to take on another employee, and I am also looking to speak to Business Durham to see what additional support is available to help me grow.”

Ben Gilhespy, Operations Director at the Engineering and Manufacturing Network (EMN) which organises EMCON, said: “The feedback we’ve had from exhibitors and visitors alike has been phenomenal and we’re delighted to hear that so many of them are already planning to return or exhibit for the first time in 2020. There was a real vibrant atmosphere from show opening to closing which was noted by all who attended.

We are in the process of analysing the comments received but it’s apparent that this has been our most successful event yet. Not only that but we’ve had many exhibitors from both the main hall and the Incubator Zone reporting that they expect to quote for work which is fantastic.”

The event also featured Heather Mills, owner of the VBItes vegan snack brand, who gave the keynote address. She also participated in the Industry Leaders’ Panel Debate, alongside Valda Goodfellow from Goodfellow and Goodfellow; Steven Parker from Digital Allies and Ryan Maughan from AVID Technology.

EMN would also like to extend a special thank you to our other sponsors which included GOM, Horizon Works, Kite Packaging and Lumo Tax, which are all silver sponsors, and LemonTop Creative, ACB North and E-max Systems, which are bronze sponsors.