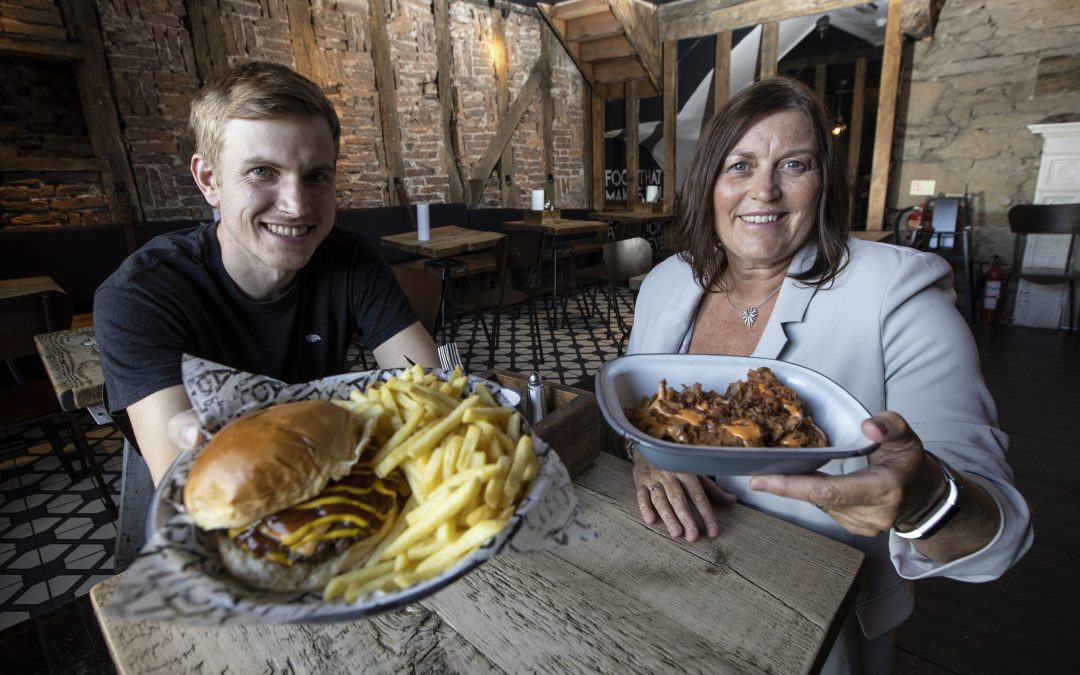 Fat Hippo, the North East-founded burger chain, has been announced as the catering provider for this year’s EMCON expo.

The food group, which now has three restaurants and outlets in the North East and a recently opened food kiosk in Sheffield, will offer up a range of meat and vegetarian offerings to exhibitors and visitors to the annual engineering and manufacturing event.

Fat Hippo, through its Fat Hippo Fleet and Fowl Play brands, will be on site at Xcel Centre in Newton Aycliffe throughout the day.

The company, which was founded in 2010 by Michael Phillips in Jesmond, was chosen by the EMCON event’s team following the success of its involvement in the Business Durham Food Truck Friday programme, which champions local food producers by allowing them to pitch up at its office in Salvus House in Durham to provide lunch to staff based at the offices.

Jake Smith said: “We are delighted to partner up with EMCON to provide catering for this year’s event.

“Diners can expect tasty meat, vegetarian and chicken burgers, all freshly made by the Fat Hippo Fleet team, with plenty of fillings and side dishes to choose from too.

“Our involvement in Food Truck Friday has been great for our profiling, and really helped spread the word about our food. It’s also helped change perceptions of the ‘burger van’ and show that tasty food can be served out of mobile caterings facilities. We’re confident EMCON will do the same.”

The Fat Hippo group now employs around 100 people across its outlets at Jesmond, Newcastle City Centre, Durham and Sheffield, with plans to continue to grow nationally over the coming months.

Andrea McGuigan from Business Durham, who is also part of the EMCON planning team, said: “Whenever the Fat Hippo Fleet attend our Food Truck Friday event, their food is always so popular. Their burgers in particular go down well with diners as they’re so fresh, tasty and very good value for money.

“We think their catering will be a big hit with exhibitors at and visitors to EMCON and really backs up our commitment to constantly improving the event based on the feedback we get each year.”

For more information on the 2019 event visit emcon.show.