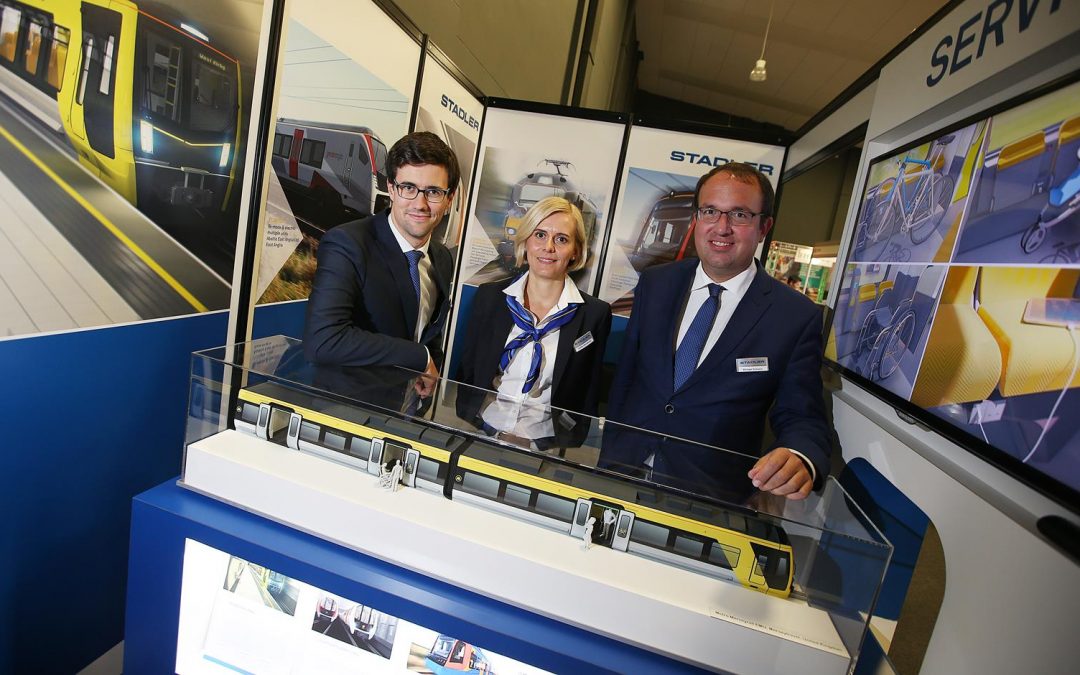 Engineering and manufacturing expo EMCON has secured one of Europe’s biggest rail manufacturers as its first ever headline sponsor.

Stadler Rail, which last year was a gold sponsor alongside long term supporter Business Durham, was so impressed with the event that it has agreed to take on the headline sponsor role.

It enables the Swiss manufacturer to fully maximise its participation in the event and take full advantage of opportunities to raise its profile within the region’s engineering and manufacturing sectors.

Elaine Greenwood is UK Light Rail representative for Stadler’s UK division. She said: “I am delighted that we’ve agreed to be EMCON’s first ever headline sponsor.

“Last year was the first time that Stadler participated in the event but knew it would not be our last, as we found it so beneficial, particularly as we’re keen to get to know the local suppliers which is something we were given the opportunity to do.

“It was also very appreciated to be able to showcase ourselves to the area, and that’s something we’re keen to fully maximise through our partnership with EMCON.”

EMCON is also delighted to announce that sector-based recruitment specialist Jackson Hogg has come on board as delivery partner.

It enables organisers of EMCON to tap into a new business database through the Newcastle-based company’s vast network of contacts, showcasing the event to a diverse audience, and for Jackson Hogg to reach new customers through the hundreds of exhibitors and visitors to the show.

Richard Hogg, Managing Director, said: “We have attended EMCON in the past and have been very impressed with it, and felt there was a lot both the organisers and ourselves could gain from us becoming delivery partners. In such a big year for the event, we’re delighted to be so closely involved in helping make it a huge success.”

EMCON will continue to be held at the Xcel Centre in Newton Aycliffe, with long term supporter Business Durham remaining as the event’s gold sponsor.

David Land is Chairman of CDEMN, which organises EMCON. He said: “Securing Stadler as our headline sponsor, and Jackson Hogg as our delivery partner, is a real coup and demonstrates just how much the event has grown since launching in 2008.”

The 2018 event will also see the return of the Incubator Zone, which is taking place for the second time and is aimed specifically at County Durham micro and small businesses that have never exhibited before but want to tap into new markets. It is being delivered by LEC Communications and Design working with the Durham Business Opportunities Programme (DBOP) with European Regional Development Fund (ERDF) funding.

Other elements include an Education Zone for young engineers to meet regional employers; themed workshops on issues that impact on businesses; and a Q&A session with a panel of industry experts.

The event returns on Thursday, October 18. For updates, or to book as an exhibitor, visit emcon.show.

*** EMCON stands for the Engineering and Manufacturing Convention, however the event will be known as EMCON. ***